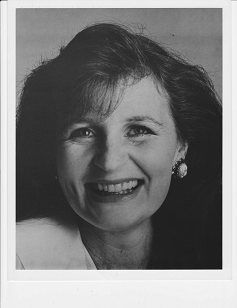 Joan Cushing is best known for her political satirical revue Mrs. Foggybottom & Friends,  which ran for 10 hit years at the Omni-Shoreham Hotel in Washington, D.C. In New York, she performed her solo nightclub act Lady Sings the News! at the Ballroom, appeared in Gary Trudeau’s Tanner for President series on HBO, directed by Robert Altman, and studied musical theatre writing at the BMI Musical Theatre Workshop.

Get updates and news on the show!

Quote of the Day

Eileen Mitchard
I am very excited about my new project "Breast In Show" a 90 minute original stage show about the inspirational people affected by Breast Cancer. The goal of the show is to galvanize people to being committed to eradicating Breast Cancer in our lifetimes. We can. We must. We will! The show will premier in Washington DC in October 2011.