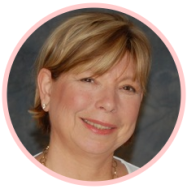 Executive Producer of Breast in Show

Eileen Mitchard began her theatrical journey when she was accepted to the Ruth M. Knight Summer Theatre Workshop for two years. She earned a degree in Speech and Drama from The Catholic University of America where she studied with the legendary Father Gilbert Hartke. While in college Eileen performed in several shows with the Chappaqua Summer Theatre. She also has a Masters degree from New York University.

For more than 30 years Eileen has been involved in theatre - as an actress, producer, teacher and director.  She is a founding member of the Innerloopers a political satire musical theatre group. She is especially known for her work with large diverse groups of amateur performers of all ages in an annual Spring Show in the Metropolitan DC area.

Get updates and news on the show!

Quote of the Day

Eileen Mitchard
I am very excited about my new project "Breast In Show" a 90 minute original stage show about the inspirational people affected by Breast Cancer. The goal of the show is to galvanize people to being committed to eradicating Breast Cancer in our lifetimes. We can. We must. We will! The show will premier in Washington DC in October 2011.